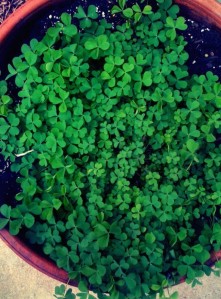 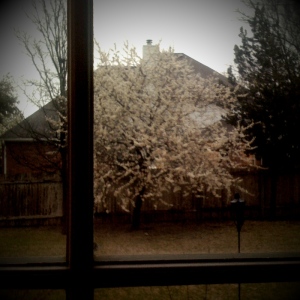 I’m following Pammer’s adventure into allergy shots. Partly because I’m supposed to start my own, like a month ago. Those dreaded shots are sitting in a cooler in a doctor’s office just waiting to attack.

I’ve got my Epi-Pen ready, but let me tell you a little something about that. I am one of those fortunate souls who have what is blithely referred to as an “adverse reaction” to this particular drug. (*insert sarcasm here*) That is to say, my heart races, like everyone’s, but veers dangerously close to stroke territory and exacerbates an existing arrhythmia.

Several years ago, I ended up in the ER after a nasty reaction to a Sulfa-based antibiotic. (Side note: when you walk into the emergency room covered in a rash with your throat threatening to close up, they let you right in. No paperwork.) Anyway, nothing was working. The nice doctor and nurses know about the epinephrine and use every other available option before suggesting the drug.

“We have a crash cart handy. I won’t leave your side.” Good nurse. Bad situation. But there was nothing else to do.

I was hooked up to an EKG, and a host of other monitoring equipment. And they injected that awful, awful stuff.

And it BURNED through my veins. I screamed, Handsome cried.

And my blood pressure and heart rate jumped. And the nurse’s expression tightened. She called the doctor. “Three more points, and we’ll do it.”

My husband squeezed my hand so hard my right arm went numb. I could feel my heart pounding in my chest, and then the skipping beats that always scare the hell out of me. Tears streaked my face. “Make it stop. Please!”

And that’s when it did. Like flipping a switch, my blood pressure returned to normal, my heart rate dropped. And I passed out. Just like that.

I don’t want to do that ever again. Ever.

So, I hesitate on those allergy shots. I survived a certain Terror once, but I’m not eager to repeat the experience.

*My heart is racing just remembering this experience. Fear is an amazing thing, especially fear of the known.

Lightning struck a bundle of cells and sparked a heartbeat, brain waves, fingerprints.

Created by Something Divine, extraordinary, unknowable. And a spark became a raging inferno of personality, soul, intellect, heart.

A brushstroke upon an infinite canvas. A solitary note in an eternal symphony. A grain of sand upon a wide, wide shore, constantly caressed by a fathomless ocean.

The whole of the universe is incomplete without me. Without you. Without us.

Of love; of hope; of dreams; of passion; of tears; of minor miracles that make this life somehow less lonely.

I don’t know if this gives me hope or depresses the hell out of me. You be the judge:

If you feel the need to turn a light switch on and off exactly seven times before leaving a room, you have OCD. If you need to run exactly five miles every day before breakfast to feel right, you are considered disciplined and athletic.
. . .
A Muslim, a Christian, and a crazy guy walk into a room. The one thing you can know for sure is that at least two out of three of them organize their lives around things that aren’t real. And that’s the best case scenario. Atheists would say all three have some explaining to do. And atheists are the minority, which is the very definition of abnormal.
. . .
The best you can hope for in this life is that your delusions are benign and your compulsions have utility.

Before I tell you the story suggested by the title, I have to tell you a different story. (This is, of course, a Southern thing. Telling a story that requires previous information, so you get two stories for the price of one really long one.) Anyway . . .

A little over a decade ago, Handsome and I bought our house. And within a month or so, we adopted two kittens from the local animal shelter. We had only intended to adopt one, but these two were hidden away in quarantine, cuddled together, shivering. They had never adapted to human touch, and were practically feral. Well, there was no way to take the one and leave the other lonely and cold. We took them both. (Also, I have SUCKER tattooed on my forehead.)

They hid under our bed for the next six months.

Well, they finally realized we weren’t so bad for humans and that the food was acceptable; they would keep us. They came out to play. Racer, the brother, was gregarious, mischievous, and affectionate. Trixie, the sister, was timid, quiet, and sweet. They were polar opposites and perfect companions.

About a year after bring them home, they were playing out in our back yard – the sum total of their not-so-large territory. That evening, when I called them in, Racer never showed. We haven’t seen him since, though we searched and searched and searched. Hopefully he found another loving home with a couple of kids that love him. Hopefully.

Our hearts were broken; we grieved that cat for years. Sometimes still do. Always turn our heads when a black cat walks by. Just in case.

Now I told you that story to tell you this one:

This weekend, Trixie was meandering in the back yard while we fired up the grill. She’s still timid and never strays far; she comes when she’s called and meows at the back door if we’re not paying sufficient attention. At some point in the back-and-forth between the kitchen and the grill, we lost sight of her. This happens regularly and is no big surprise. She’s usually around the corner of the house investigating the AC unit.

But not this time.

We searched high and low, inside and out. No cat. We called and called. No cat. Handsome walked the block searching for her. I climbed a ladder to peer into our neighbors’ yards. No cat. And that’s when the panic set in.

I tried to keep my cool. But inside, I was screaming. Not another one; my little heart won’t survive losing both of them.

To console ourselves, we reminded each other that she’s wearing a collar. Our neighbors are kind. We’ll get a phone call. Eventually. For the moment, we ate that precious grilled meal.

And then . . . two hours later, we hear her cry at the back door. I grabbed her up, held her to my heart. And finally lost it. Crying into her soft fur, muttering “stupid stupid cat. You are grounded forever, you dumb animal.”

She has been more quiet and subdued than any time in her life. I doubt her little cat brain comprehends the anxiety we suffered at her temporary disappearance; but she’s behaving as though she does.

We think it’s just a ploy to sweet-talk her way out the back door again. She’s probably got a secret boyfriend.

The Bloggess is a wicked genius. And also psychic. That’s the only way I can explain how she knew exactly what I’ve been doing today. Not killing people. Not even the stupid ones.

Knighton
Create a free website or blog at WordPress.com.